So, as you can see it’s been a while. I have had what they call writers’ block. I tried to write the other night and it felt like I was rambling, so, I closed my laptop and went to sleep, with the idea of, “maybe the blog’s assignment is over”, or, “maybe I just don’t have the drive to do it like I did before”. With those thoughts still in mind, I went on about my business like nothing and was on the verge of just not writing for a while, longer than it took me to do this post just now. But, the very next day, I was in court, and one of my co-workers came to me and asked me about the note she read on my desk, which is what I placed at the beginning of this blog. As we talked about it, at the same time, tying it to the situation she is presently going through, God showed me, in that moment, the blog is not done. The very thing you try to give up or push to the side, God has a way of bringing it right back to you because it serves a purpose. It may not be for you, but actually for someone else.

The above quote was written one day while I was working, or at least trying to, but really had so many other things on my mind, as usual. I will say, being a mom, working a full-time job, and juggling a dating life (or at least trying to, but that’s a whole separate blog alone) is definitely not easy. I find myself doing all kinds of things and God will give me so many ideas or moments of reflection from just about anything I go through. I could be talking to someone and words will come right out of my mouth that I knew it could be nobody but God to give me to tell them.  I have no idea when exactly I wrote this or what I was even thinking about, but as I reflect on times where I have been so excited about something or someone, I neglect to even ask God is this something I’m supposed to pursue or is this person someone I’m supposed to build a relationship with or is this a distraction from what I’m actually supposed to be running towards. 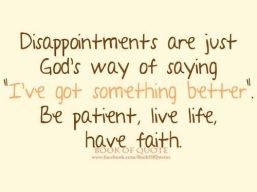 In November of 2015, which was about seven months after I finished paying off my first car, I started to see other people being blessed with new cars, and I asked God was it wrong for me to want a new car on that Sunday. I only felt that way because I didn’t want God to think I was ungrateful for the vehicle I presently had being that it was paid in full and absolutely nothing was wrong with it. By Wednesday, I had all kinds of issues go on with my paid-off vehicle and found myself spending hundreds of dollars to fix it and the same problem continued. Then, the search was on. I knew the exact vehicle I wanted, but didn’t know what all it had to offer until I went to CarMax to test drive a few. So, the one I liked the most was a 2010 with a navigation system, DVD player, and all kind of other amenities. I was convinced. I wanted that car. So, CarMax was ready to get me in this car with the trade of my truck. I get ready to sign the paperwork and they wouldn’t except my proof of income. Instead of getting too discouraged I started to search for the same car just at another place I knew would approve me and accept the proof of income. I ended up finding the car I wanted, but instead it didn’t have all of the amenities, but it was a 2015 with only 14,000 miles on it and the car note was going fifty dollars less than the 2010 at CarMax. Even though the 2010 was dressed up the way I wanted, God knew what I needed and had to let that deal fall through for me to get what He wanted me to have and what He knew would last longer.

Lately, with this whole dating scene, I have found myself coming in contact with different men who look or act a certain way that leads me to look at them as being a possible man God wants me to have. But, as soon as we get over, what I call the “over-the-hill phase”, which is the phase of knowing the basic and most important information about the other person, we hit a stumbling block. The last few men I have met have shown me at least one thing that I have never experienced that I would want from my husband that I did not have on my list to God. So I feel they served a purpose to show me what God wants me to have or what I need or He’s preparing me for what He is preparing in him. Either way, knowing this I can’t want a relationship or want to be married so bad that I miss what God is trying to show me by being so blinded from and hidden behind the flashing lights of what a man is showing me, that I miss the man God has for me.

I could go on and on for hours about many times I’ve been so excited about something God promised me to where if I see anything even remotely close to what He said, I’m in pursuit of it with no regards of asking Him, “Ok Lord, is this you?” His word says, “pray about everything.” This means that you can go to God about anything concerning you. He will answer. I am a living witness. He may not answer the way you want Him to, but He answers. Sometimes, He may not answer at all and that is your answer, at times, but He is there to give assurance of what the plan is for your life. Be Blessed. 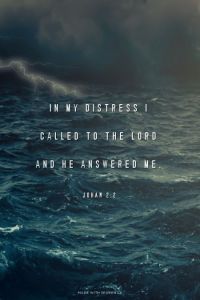