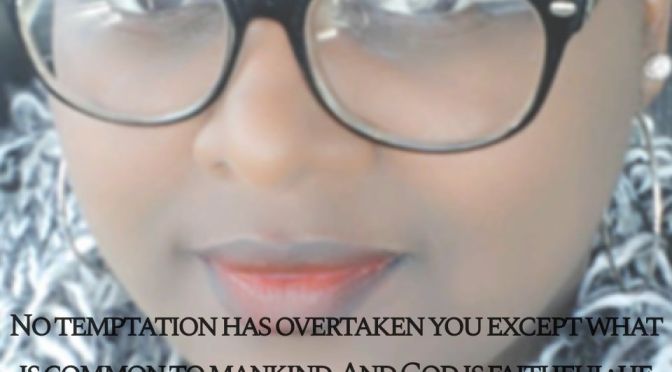 Hello Family. Yesterday was tough. Many of you don’t know this, but I have been having issues with my youngest son, Edwin, in school. He has not been able to adjust as normal kids would from daycare to public school. I believe, since school started in August, I have received a call from the school, at least, every week about something he’s done, something he’s not doing, and more recently, things he has said. He is currently in the process of being tested for Special Education for his behavior through his school district and now they want me to have him tested for ADHD. Edwin had issues while in daycare, but he had an AMAZING teacher, who would see he was having a bad morning, pull him in, turn on some praise and worship music, and he’d ultimately pull it together. Now, with him being in public school, he has turned into a totally different person. I know, in public school, they have a lot more students and can’t tend to just one student out of respect for the other students’ learning, but it has gotten to the point where it has caused many distractions almost daily

My oldest son, Elijah started out at their school in Kindergarten and has been very popular since. So when his little sister and brother started there, the same support system I had for him are the same I have for my other children. Now, with the way Edwin has been performing, I have met a group of teachers I’ve never seen before in the previous years, Behaviorial Specialists. They teach Edwin how to control his emotions and give alternatives when you feel these different types of emotions instead of what he has been doing in the past. They are EXTREMELY patient with him and take time with him daily. As of late, there has been no progress. He has some good days, sporadically, but it will turn at the flip of a switch. These switches can flip from just about any little thing from him not being called on to answer a question to a student looking at him, at what he may feel, is the wrong time. He’ll throw things, kick walls, call people horrible names, and scream out very inappropriate words and phrases I have never heard him use, said around him, or let him listen to.

The minute the district started to talk about testing him for ADHD and Special Education, I was, right off the back, defensive and it was only because of what I had seen my mother go through with my brother, on television, and in my years of working in childcare. I never would’ve thought I would have to live with knowing my son could possibly be “labeled” as such. Please take into consideration that this is only what I was thinking at the time of them speaking about this and what my perspective of him having to deal with this was. Between having to go through this process the past 5 months with my son, having to deal with Medicaid switching over to CHIP where I now have to pay a copay every time he goes to the doctor because I make $67 over the limit to qualify for Medicaid, to them cancelling it and advising me the night before our appointment, to still trying to serve in ministry, to keeping a solid relationship with all of my children together and separately, and staying positive in my other relationship, yesterday, I had had enough. I walked out of my children’s school, into my car, and felt like I had, literally, lost my entire mind. I lost all control of EVERYTHING, almost every aspect of my life, at the same time, while trying to remember who’s, ultimately, in control of EVERYTHING.

This was all I could say in that moment because my reactions appeared as if I didn’t believe, but in the past going on 4 years, my FAITH has become a gift that could only come from God Himself. Truly, it took me losing someone most cherished to me for it to become stronger, but when he was removed, God showed me who was there the entire time and who would always be, HIM. God is all I have and I’m never going to give up on Him or forget He has given me a gift in my children and will never give up on them. No matter what I see or what obstacles may come my way, I WILL ALWAYS BELIEVE in HIM, on HIM, and HIS WORD. His Word says He’ll never put more on me than I can bear and I believe that with everything in me. If He gave it to me, He has, also, given me the tools to bear it. I ask for prayers through this time and any light you can shed on my son and this process is always appreciated. As always, BE BLESSED.

9 thoughts on “Yesterday Was Tough…”